I Must Just be Getting Old

I recall being a teenager. There was nothing better than a good discussion around a really meaty and controversial topic. On into my twenties, I still had the energy to try to change the world. These days, I look at the world and I fear that it is being discussed and managed by people younger than I. The initiative for change has started to slip from my generation’s grasp as younger and more energetic people try to make sense of the world and figure out where it should go. I ought to be excited by this prospect – but I’m not.

With age comes, well I won’t call it wisdom but shall we use the word experience perhaps. Youth is rash and quick to judgement. I know that now. I know a lot more now in fact. I can see how the younger generation in their over confidence and rush to power out the older folk have insufficient experience and will make the same mistakes that we made. It seems like it is our destiny to go on repeating the same mistakes over and over again.

It sounds like I am in my eighties doesn’t it. I am just over fifty but already I feel the impatience to change and to act by the younger generation. I can see the same cycle being set up that we set up in our era. Inevitably little will change. The quagmire just gets deeper in a more complex world. 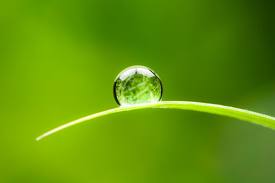 We miss two key ingredients among others;

1. We need to restore the balance in terms of bringing the female aspect of deity back into everyone’s lives. 2000-years of crusty male imperialism has ran its course. I’m not saying throw out the male nor the Male deity but to truly balance it with a recognition of the eternal feminine – we need to bring back the Goddess for God is seen as a wizened old man, sterile and bereft of any new ideas. He needs to be revitalized and reinvigorated and restored to his youth as indeed he would be if he were joined by Venus as his equal and opposite. For too long, all systems on the planet have been shifted toward one pole. We need to restore the balance.

2. We need to again treat the older generations with the respect and dignity that they deserve. We need to listen to their voice of wisdom and reason. Just as the world has veered dangerously to the Male force so it has also increasingly moved to worship youth, energy and vitality. Again, the balance needs to be restored and the pendulum needs to swing back a little to find the point of balance.

I fear that without an appreciation for finding the balance – finding the middle ground, we will continue to make the same mistakes over and over again. Are we then such fools?