Here are three of my books that are inexpensive and would make a nice stocking filler…….

Available on Amazon or directly from me.

Astral Messages: Poetry from Beyond, Createspace, 2013 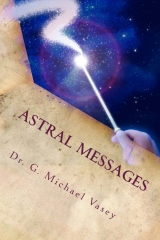 Astral Messages is my third book of poetry. It uses poems and blog articles from – Asteroth’s Domain – in a poetic discussion about reality and magic. From the opening ethereal beauty of “Astral Messages” to the humor of the questioning about “Why is life so dirty”, this is a collection of 17 new poems. Each is coupled with a short article to strengthen and bolster the points being made. At the end of the day, we are all magicians willfully creating our realities and Astral Messages demonstrates how this touches all aspects of our lives – yes, even our socks!

Available in paperback and Kindle formats from the Amazon sites.

The Last Observer: A Magical Battle For Reality, Roundfire, 2013

The Last Observer is a compelling fictional tale of magic, alternative realities, murder and conflict. An ordinary man is abruptly dragged into the middle of a violent struggle between black and white magicians who both seek to use his extraordinary powers of imagination and observation. He soon learns that reality is not at all what it seems before being called upon to play a decisive role in determining whose reality will prevail.

I am fascinated by what makes up reality. Faith can move Mountains it is said. In fact, faith in an ability to imagine into reality a mountain moving is what magick really is. So what might happen if a black magic cult wanted to change the world and they decided to do it via imagination and magic? Read the book and find out.

This is my second book of poetry published via Lulu. It combines images and poems that range from a humorous look at a Czech TV interviewer Jan Kraus through to stories of idyllic love – both for partner and daughter. The idea behind this over sized book was that it would be ideal for that little room where guests only want something to leaf through for a short time! Hence its name….

Note: Only available on Amazon.co.uk, Lulu.com or from me directly at the moment.