The Biggest Con in History

I have a short temper. I do! I have to work on it at all times. If there is one thing that will invariably get me to blow my top, its the topic of Global warming. I think many who know me also know this. The idea being propagated by well funded propaganda machine is that somehow we are headed to disaster if we keep polluting the planet with CO2 – a greenhouse gas – that has already warmed the planet up and is responsible for any outbreak of bad weather we see and, in a few more years will reach tipping point and we will all fry in a horrible planetary death event…. OK – that last bit is exaggerated but you get my drift. 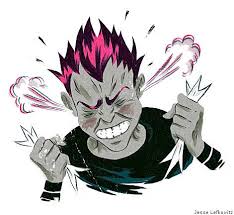 Not only is this propaganda machine extremely well funded but it is also very clever. It creates fear and uncertainty – those things required for control. It uses the fact that most humans are not actually well enough educated to be skeptical and it relies on the fact that we human’s can only believe what we think we see with our own eyes.

This movement has managed successfully

– to call a gas – CO2 – on which this Earth is dependent for life and abundance – a pullutant! You know, at half of today-s CO2 levels, this planet (and us) would die. We actually would benefit from higher CO2 levels,
– to make you believe that the relationship between temperature and CO2 (yes – there is one), is both very strong and that temperature follows CO2 content when in fact, it is the other way around. The relationship is in fact quite weak and CO2 content follows temperature,
– It managed to make you believe that 400ppm+ of CO2 is a record and a disaster when in fact, this is almost the lowest amount of CO2 in the atmosphere in the Earth’s 4.6 Billion year history and even (on the scale of things) in the relatively recent past CO2 was over 1000ppm,
– It managed to fool you with charts and statistics so that it looks like temperatures are rising rapidly and only since man started to pump out CO2 gas into the atmosphere all by presenting selected data over a selected time period when in fact temperatures are static if not declining and have been for more than a decade and, if you extended that temperature curve backwards just a few hundred years, it would soon become apparent that today’s average temperatures are actually very very average,
– It, at one time, managed to deny that the medieval warming period actually happened at all – though this was shown to be a data ‘error’ (put kindly) or more likely – totally fraudulent in order to fool you,
– It makes you believe that people like me are a minority of evil deniers when in fact the 97% statistic (of all climate scientists who believe this stuff) they use is based on asking the question do you think that CO2 and temperature are related – a question to which I would also say Yes,
– They make you think that the polar ice caps are melting at terrible rates in an unprecedented manner but don’t tell you that entire glaciers melted (and never reformed) in the 1800’s long before we had any impact at all and, for most of its history, this planet hasn’t has ice caps at all,
– Tells you the science is proven which is actually philosophically impossible if you understand science and how it works besides which the universe of ‘climate scientists’ is so small that peer reviewing means my friend and colleague reviews my work.

I could go on all day with example after example. Meanwhile, our children are being brainwashed by this propaganda at school at your expense. Whole rafts of science and scientists are being ignored and we are being taxed and punished for producing minimal amounts of a gas we actually need in our atmosphere.

Now – do you understand why I get angry?

I am a Ph.D. Geologist. My research – peer reviewed – was about paleoclimate. Here is another very renowned Geologist who patiently and with humor totally demolishes this fallacy.