I am reading a book about the nature of reality. It has an interesting way of working its theme as it has you conduct experiments. This last two days, I was doing one of the experiments where you simply look everywhere and expect to see something. In my instance, I decided on a pink car. Don’t ask me why. It just seemed like something fairly rare….

I actually finished reading the instructions on my Kindle riding a bus to pick up my car from service on Friday. I decided, pink car and looked up. As my eyes refocused on the view through the back window of the bus I noticed another bus. It was white but…. it had huge pink stripes on it. I thought to myself “OK, thats not a car nor is it totally pink, but that is pretty bloody weird!” I got off the bus and had to walk back about half a kilometer and I was looking at all of the cars – parked, in motion – all of them. I realized that some reds had now began to look pinkish to me and then I saw it… yes, a dark pink car went sailing past. In 24 hours, I saw two dark pink cars like that and one clearly pretty little girl pink. Not only that but everything pink, I began to notice. As I looked across a scene, pink items would jump up out of all the reality ‘noise’ in front of me. I saw pink writing, pink on billboards, pink houses, pink clothing, pink hair, pink ribbons…. lots and lots of pink.

Now, let me tell you something. I have never ever seen a pink car in Brno before. Never.

The second 24 hours you had to change it to something else… something living perhaps…. yes, an elephant. That’s what I decided…. an elephant. That was last night in front of the TV and almost immediately as I looked up, yes, there was an elephant in a commercial as if right on cue. Later, watching a youtube reel of funny cat videos (yep – you caught me doing that!), one had two baby elephants in it too. Obviously, I didn’t see a lot of elephants but I did see some. Normally, I would not have done. 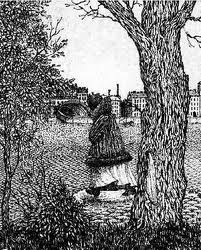 So, what does this prove?

It doesn’t at this stage matter if by focusing on pink cars or elephants, I brought them into my reality or that by focusing and actively looking for something, I saw it. Both are stark results when it comes to reality. In the first, I really do create my reality by manifesting what I concentrate on and in the latter I manifest something that was already there but previously unnoticed by my consciousness. In the latter case, we receive so much data at any point in time, we must filter almost all of it out so that we only see what we are focused on seeing. If by focusing on something else, we now see this in the noise then this proves something powerful too. I mean, what are we not seeing because we DON’T know how to look for it?

I would say that in the above paragraph, if we create our own reality that is magic but if by shifting our focus and noticing something that was always there but remained unseen, then that is magic too.

You see, in magical training, much time and effort is dedicated to knowing ourselves. As we learn about ourselves we become aware of aspects of ourselves we did not know about, we become focused on something we never saw before and we begin to try to change ourselves – to be more deliberate and less automated. As we do our magical training, some people may experience an increase in psychism for example. Is this actually that person changing their outlook and changing what they chose to notice and now seeing something that was always there but they never actually saw before?

I think so. Think about that for a minute will you?

By the way, that book is called E Squared.

My book about reality, set as an exciting novel about magic is called The Last Observer.

One thought on “Reality Really is Weird”