A Caustic World is Cause to Know Thyself

I know that sometimes my views upset people. Sorry, I am entitled to my views and you yours so if you are going to unfriend me simply because my views are different then fine – go ahead. The world has become increasingly caustic anyway and so this closed minded attitude that I observe routinely around me is no surprise – though it is disappointing. Let me cite a few examples of what I term this caustic attitude.

These days people jump to convict on conviction without knowing all or in most instances, any of the facts. Somehow they simply believe that they are right and there can be no debate about it. None at all.

A couple of examples come to mind.

A young black man was shot and killed by a police officer in the USA. No one seems interested in what actually happened at all. Depending on your pre-programmed politics this is a clear case of white police brutality or yet another example of inner city black youth violence and disrespect. People have looted and stolen to ‘protest’ this incident and continue to do so. Liberal commentators apparently think more looting and violence is the right way to go based on a tweet I read this morning. I will admit that I don’t know what happened. None of us do and probably never will. It was a tragic incident and I grieve for everyone concerned. I do know this. Theft, violence and an idea that someone must be ‘crucified’ cannot ever be justified no matter what happened. No one can know what was experienced by the parties involved in this and as a result, it cannot ever be judged on that level.

Israel and Palestine. Like so many issues this one has gone on for so long that there is no truth here. Its simply a huge caustic mess. There is no right side and a wrong side. Israel has a right to exist and the Palestinians have a right to live too. Both sides engage in violence and both sides lie. Chose one or chose the other and you are a fool. The only choice here is peace and love no matter how ‘silly’ that might sound. You are ignorant if you takes sides in this because you do not understand the human sides of this story – it is not your experience and you cannot judge it.

I could go on and on but I won’t. The point I am trying to make is unless you experience something you cannot know and you cannot judge. There are always two sides to any story and many people willing to grind their axe as well. I would hate to be a lawyer or a judge but at least in this instance, you are being asked to judge based around a set of rules as opposed to making an experiential judgement.

Today, people don’t think they react. People feel as if they should judge everything as if they were either an expert or experienced to do it. People see the world through the lens of their prejudice and interpret accordingly. People are too willing to argue and fight and take sides if someone tells them to. It’s bullshit people!

I have views that I am willing to debate in areas I actually know something about and have experience of – Fracking, Global Warming, Nuclear energy and that sort of thing. I get into discussion on these things with people I otherwise respected who parrot back to me the most stupid of arguments (sorry but I am honest too) that they heard or read about and that emotionally they feel aligned with. Why? Do you not think people? Do you not want to think?

The world is caustic these days.

Scottish Independence – should be a great debate but all it seems to bring up is old emotional and twisted jealousies and misconceptions. I actually have seen the refusal to accept Scottish banknotes in England cited as a reason to be independent. This deliberate and brutish insult to the Scots sensibilities is evidence enough of the English historical anti-Scots bullshit. Really? Do you really think that the English shopkeeper in Barnet, for example, actually gives a brass monkeys about Scottish independence? I reckon he probably has concerns that he may be accepting a forged note and might lose his job for it – don’t you?

OK – this has turned into a rant but I have to say I am really sick and tired of people spouting nonsense and having to have their say on everything through their selfish lens of no experience. The world is a squabble of massive proportions. People are angry, jealous and think they deserve a living. I despair and hanker back to simpler times when people knew their limits, could differentiate between things they were qualified to discuss and things they should use an expert for. The days before social media gave every hater, quack and pseudo scientist an equal voice.

Lets have a bit more thought shall we? Let’s recognize that the world is complex and that no matter how things may look, its unlikely we could ever really know unless we had experienced it.

Rather than look outwards trying to push our way to the top of some heap of humanity, look inwards ands sort yourself out. That way, there may just be hope. 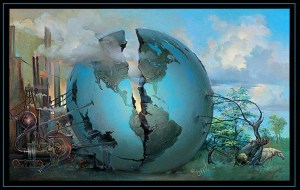