Searching For Atilla the Hun and Earth Energies

On Sunday, we went off in search of a place called Atilla’s Hill or Dome. In Hungary, Atilla occupies a place of pride. Well, he would being a ‘Hun’ and all, scourge of the Romans. Atilla’s Hill is supposed to be the site of his wooden palace building but in reality, who knows. There are other claimants. Something was found there of significance though and that was a handmade golden deer figurine that now resides in the Hungarian National Museum. The deer figurine dates back to the right period and supports the idea that Atilla may actually have occupied this area. 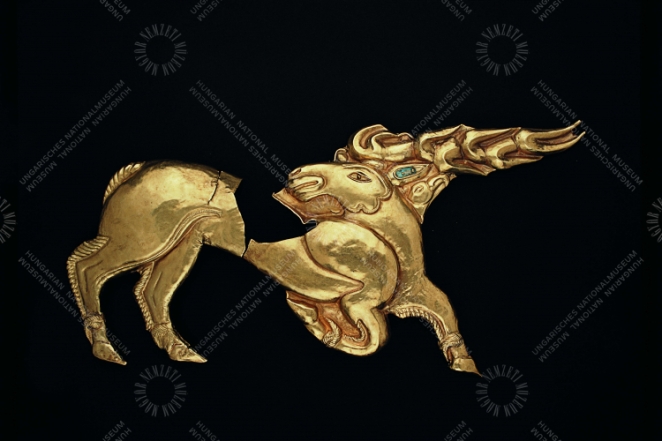 The mound is located outside of Budapest in the countryside at a place called Tápiószentmárton and we found it just a little difficult to find but we succeeded after a couple of wrong turns. The actual site is part of a horse farm called Kincsem Lovaspark and it used to be a Russian airfield.  However, even before that, it was famous for breeding horses. One huge claim to fame is that it is the birthplace of a famous horse called Kincsem. According to Wikipedia…

Hungarian for “My Precious” or “My Treasure”; March 17, 1874 – March 17, 1887) was a Thoroughbred race horse who has the most wins of any unbeaten horse in the history of the sport, having won 54 races from 54 starts. The next closest such record belongs to Black Caviar, with an unbeaten record of 25 wins from 25 starts. Foaled in Kisbér, Hungary in 1874, Kincsem is a national icon, and is highly regarded in other parts of the world too. Over four seasons she won against both female and male company at various race tracks across Europe, including Classic race wins in the Austro-Hungarian Empire, and major stakes victories in Germany, France and England. As a broodmare, she has proved a lasting influence on the breed, with modern descendants including English Classic winners Polygamy and Camelot.

The man who purchased the land soon discovered something special about the place noting an ‘energy’ and seeing the horses lay in a certain area. Pretty soon, it developed a reputation for healing and I’m sure the owner saw an opportunity developing his horse farm, hotel, horse museum and Atilla’s mound as a place for healing. Some commentators have remarked that it may all just be a ploy to make money, others have pointed to a tie in with a resurgence of Hungarian nationalism (apparently the place is littered with nationalistic statements). What interested me was the reputation for healing energy and a couple of write ups mentioning a ley line referred to as the George line, crossing the location as in this example.

As a result research started. The scientists’ measurements revealed a beneficial energy-radiation, which is facilitating healing processes in the human body. The centre of this energy-flow is on the Attila mound, but its curative effects can be felt on the entire territory of the Kincsem Equestrial Park.

The sacral lines as eg. the St. George-line or the Ley-line are also constituting part of the primeval-energy, found in the park. The scientists have not yet reached to an exact conclusion, whether these energies are alredy known or there is an underlying force behind the observed peculiarities and manifestations. It is well known that all illnesses result from a state of energy-deficiency. This radiation helps to recover the split balance in a way, that it does not affect only one organ but harmonizes the energy-flow in the whole body. Since then, quite a lot of people have recovered, they love this place and are grateful for getting back their health. A very poignant example of gratitude was when during one night in the spring of 2001 a stranger has placed a statue of the Virgin and a bunch of flowers on the mound. KOCSI János, the successful entrepreneur, proprietor of the park, who devoted the entire 2001 to research has said: “for these very moments, I simply can not regret spending so much time, money and energy on research.”

I can find no other references to the George line nor to any ‘scientists’ writing about the place. I can confirm that the golden deer was found there and it is in the National Museum (picture above). So, it seemed an ideal place to visit and explore. I would determine if I could feel any energy and go from there.

So, as we arrived a huge storm started. We paid and went in in the car and parked by the mound. The car park had many empty vehicles in it and another car was full of people also waiting for the storm to pass. We waited and waited. After 45-minutes and a check of the forecast, we realized it wasn’t going to be our day. The ground was flooding and the rain was extremely heavy. We sat in the car and meditated and I have to tell you, it felt to me as if the place was full of earth energy. The problem is was I expecting that?

The mound or hill is actually nothing to look at. I would be hard pushed to describe it as a hill in fact….. it was raining so hard, I could not get a photo but here is one borrowed from the web. As you can see, its rather a flat region altogether!

So, we drove away and back to Budapest. Exploration of the site will need to await another time and I will take my rods and do some walking around looking for ley lines or energy lines and vortexes.

As we drove back carefully – road was flooding in many locations – I thought vaguely about my work with Perun – the thunder God of the slavic hierarchy and remarked how funny it was that since I had been working with Perun, it was stormy weather and now we had been stopped from visiting this site. I thought no more on it until later that night.

Arriving home in Brno, I went for a walk around the Castle. I would check in on my tree – yes, I talk to a tree…. Plainly, there had been a storm in Brno as well as a few branches and so on littered the pathway. However, when I got to MY tree…. amongst thousands of trees… I discovered it had been struck by lightning…. 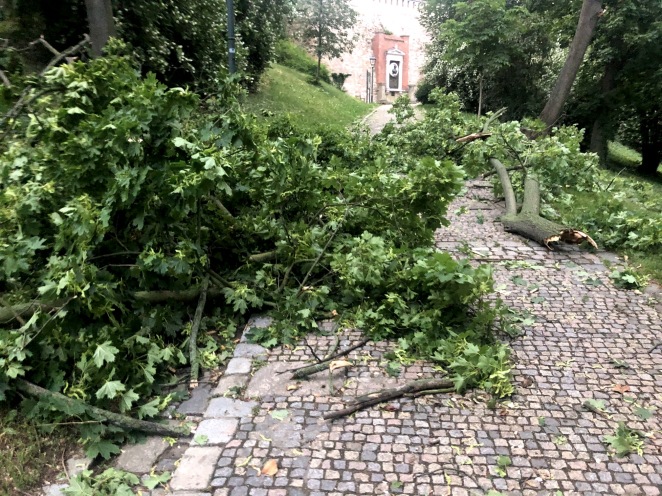 6 thoughts on “Searching For Atilla the Hun and Earth Energies”