What if Nothing is Real?

Anyone that knows me will know I am not content with mainstream explanations. I will go away and read the science – the papers written by scientists and usually peer reviewed to boot. They will also know I am interested in reality and what it is probably down to two things that happened to me as a child. The first was having this vision that I wasn’t really here but attached to what you would now term a virtual reality machine. The second was the little green man that jumped out of my wardrobe mirror, shot me and then jumped through the window. I can hear one of two of you murmur I may not be quite sane. OK but do bear with me. 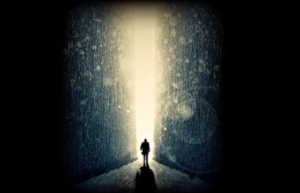 If you get into physics – quantum physics in particular – it becomes apparent rather quickly that nothing is what it seems and everything is vastly confusing. There may be billions of parallel universes and it may be that the observer decides on what happens to them. It may even be that none of this even exists unless there is an observer. This is something that prompted me to write the novella – The Last Observer – as it seemed to me that magic – the real kind – is a way to play with reality. Magic? I hear you say….. mad as a hatter. Let me tell you, if you read some quantum physics you would also be mad as a hatter. It has that effect.

Then there is the idea that actually everything we see, touch, feel and so on is empty space. There is actually nothing there…. an atom – it’s a nucleus and electrons spinning around it. It is barely a thing – it is almost entirely … well, nothing. Space. No thing. Probe deeper than that and those particles become nothing but energy or is it data?

Almost any topic that I look at these days and drill into deeply enough ends in a similar result. Take COVID-19 and the pandemic. Right, well, start looking at PCR tests – these are the tests used to determine if someone is infected. The more you dig, the more you can find that not only is the test probably not suited for such a use but it may not be measuring COVID-19 at all. You will find along the way that at a MINIMUM… MINIMUM! 20% of all test results are false positives. That means that out of 10 million supposedly infected globally, at least 2 million NEVER HAD IT! In fact, if you drill into tis with an open mind, COVID-19 seems to evaporate into an irrational fear. Just like the solid chair you are sat on is actually nothing at all, so does this whole pandemic evaporate into nothing at all as well.

Yes, I know. People tragically died, people have been sick. It is as real as the chair at the level of your day to day consciousness. But what exactly is that anyway? Consciousness? Hmmmm – try researching that particular thing and like grains of sand in your hand, whatever you thought it was will eventually drain away until you are again left with nothing, nothing at all.

So. What if my little vision when I was a kid was a glimpse of reality. What if this is all an illusion created by us individually and collectively? A Virtual Reality in which we, the master and creator had forgotten that was our role. What if we are the Gods but somewhere along the line we forgot?

What if COVID-19 and the pandemic was just a creation of our combined consciousness out of control because we had forgotten how to use the controls. Or, what if it were the creation of a cabal of those who hadn’t forgotten and now use us as energizers of a matrix-like reality of their making? Sounds like Sci-Fi…..

4 thoughts on “What if Nothing is Real?”